A student’s ‘Story of Learning’ through Out of Eden Learn

Annie Sheridan is a 6th grade student at the Village school in Marblehead, Massachusetts. She had the chance to participate in Out of Eden Learn last year in Natalie Belli’s class. 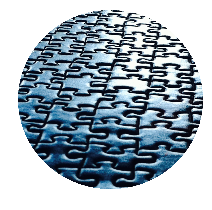 I remember the day when I was first introduced to Out of Eden Learn. It was the first week of school and the year long project had already started. Back then I thought it was just extra work and I could just skim over it. My first post, finding an avatar, took me a long time and I was frustrated at first, but after I was so proud of it. Taking the avatar picture made me find an artistic side of myself. I even started to pay attention to things that I used to take for granted. I practiced looking at everyday things with new eyes and snapping pictures from different angles and at different times of day. All I wanted to do was dig deeper into Out of Eden Learn.

Out of Eden Learn was more than an out of school project. We read all of Paul’s dispatches and talked about them during class. Our world seemed bigger and more meaningful. After we read the Sole Brothers article, we talked about transportation, different kinds of footwear, and what Paul chooses to wears. We tried to empathize with Paul when he was stopped near Nizip, Turkey in a forest of pistachio trees in the Pistachio Mafia, and wondered if others saw him as a trespasser and threat. We did see-think-wonders on some of Paul’s pictures to observe the landscape but also to practice looking closely. Kids who still wanted more Out of Eden Learn did an after school club called Vagabonding club. It was for anyone in the school who wanted to start learning about Out of Eden while combining books, and international films.

Out of Eden Learn helped our class with a lot of different learning, specifically my attention for detail and reflective writing. I learned a lot about how to revise and edit my work. There were so many writing opportunities, and I wanted my pieces to be great each time. That slowly translated into my school work and translated into a passion for expressing my thinking in writing. In fifth grade we read a lot of survival adventure books which often connected to Paul. It wasn’t the kind of connections to main characters walking across the planet, but more about the character traits of the protagonists working toward a hard-to-reach goal—like Paul. Last year we dug deeper into our books and jotted connections, challenges, changes, and main concepts (the 4C Thinking Routine) about them. This is like Paul, as he practices pausing to look closely at life and the ordinary people that are right in front of him. We were slowing down to see how characters change and how conflicts resolved. 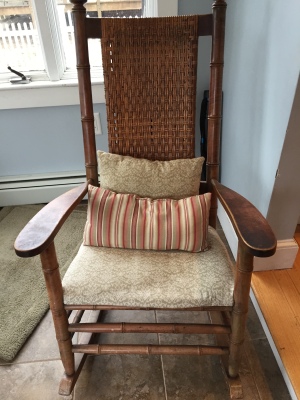 “I interviewed my Grandmother about a rocking chair that was made in 1962 that is now in my house. My great grandfather’s family owned a furniture making company in New York City called the Bielecky Brothers … In the early 1960’s the company was asked to make a replica of the Kennedy rocker for when he stayed in the presidential suite in New York.” – An excerpt from Annie’s submission for the footstep “Learning From Other Generations”

The dialogue toolkit was vital when I was writing my comments. All of the tools got my mind thinking deeply about each and every post. We began by using a routine that we practiced during discussions and writing critiques called the Ladder Protocol, but I used the “Snip” part of the toolkit the most because when I focused on one part of a post at a time it was easier to comprehend and to write about. Although, the dialogue toolkit was not the only important part of writing comments, we also had to be kind and respectful. Rude comments rarely appeared, but it was disappointing when I noticed the possibility of someone getting hurt. If someone saw a rude comment from or to a student in my class we took it as a learning experience and discussed how we should respond or edit our response. These discussions brought us closer to each other and we felt safe sharing concerns and giving suggestions.

Many posts impacted me. Footstep 3 of Journey 2 (“Learning From Other Generations”) was a reflective post for me. This is because I didn’t really like my work, I didn’t want to share it during class, and I thought it just wasn’t my best reflection. However, other teachers and contributors to Out of Eden Learn had many connections to my post. It made me think about all the different perspectives people can have on pieces of writing or art.

Everything I learned from Out of Eden Learn was put into reality at the 2015 Project Zero Classroom Summer Institute. Accompanied by three other students, I presented our classroom learning with my teacher, Mrs. Belli and Liz Dawes Duraisingh. We shared our personal experiences and encouraged educators from around the world to introduce their students to OOEL. We were treated like professionals and the other educators took what we said seriously and valued our contributions. I was honored that they chose me to help and ecstatic that I was able to go to Harvard!

Out of Eden Learn was one of the best learning experiences in my life. I hope more students will join in to explore, learn and grow.

*Note from the Out of Eden Learn team: Annie was a student in Natalie Belli’s 5th grade class last year. We recently produced a “Portrait of Practice” video profiling that class’s experience with Out of Eden Learn, which you can watch below.

← A Classroom in the Mountains
From one story to another →